The game of baseball is the only professional American sport without a clock to time the play.  In the vast history of baseball many games have gone on for hours while some have been completed in less than an hour.  One game holds the Major League record for most innings played.

The game took place on May 1st, 1920 in Boston at Braves Field.  The teams that day were the Brooklyn Robins (Later known as the Dodgers) and the Boston Braves.  This record setting game consisted of 26 innings and ended in a tying score of 1-1.  The game was called due to darkness.  The starting pitchers were Leon Cadore for the Robins and Joe Oeschger for the Braves.  Both pitchers played the entire game which by today’s standards is a heroic feat.

While it holds the record for the most innings it does not hold the record for actual time.  The game was called at 4 hours and 50 minutes after the first pitch.  In the history of the Major Leagues games have gone past 22 innings less than ten times.  The most recent of those was in 1989.  It is safe to say that this game has stood the test of time and will continue to hold this amazing record for many decades to come. 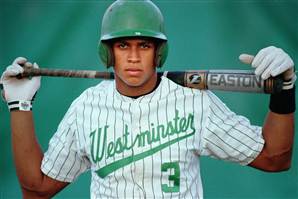 On this day in 1993 one of the biggest baseball stars of the 1990’s and 2000’s was drafted in the MLB Draft.  The Seattle Mariners used their #1 overall pick in 1993 to draft Alex Rodriguez.  Rodriguez was drafted after his senior year of high school where he played at Westminster Christian High School.  He was a highly touted player during high school, hitting .419 over 100 games.  He would go on to be the highest paid baseball player at the time when he signed a 10 year $252 million deal with the Texas Rangers in 2000.  Rodriguez also became the youngest player to reach 500 career home runs at age 32.