On April 29, 2014 the long time owner of the NBA’s L.A. Clippers franchise, Donald Sterling was banned for life from the game of Basketball. Sterling had purchased the team in 1979 and there had been controversy surrounding him over the last three decades. Much has been covered over the last week since the audio was released of Sterling making racial remarks.  In the recording Sterling was speaking with his mistress about not having “black people” associated with he Instagram account.  He also made reference to her bringing them to the games as well. 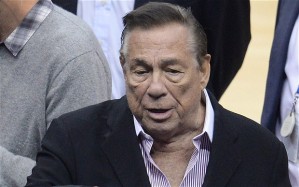 His own team had reacted very harshly to the comments, which they should have.  Their first game since the comments were released the team turned their warm up gear inside out and wore black arm bands during the game.  The Clippers lost that game and are needing the relief that this announcement would create. 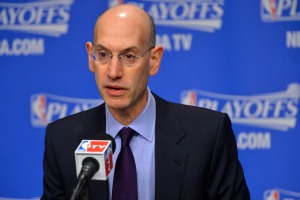 Much talk had swirled the sports world over what the new NBA Commissioner Adam Silver would do in response to these comments.  Today Silver made it clear that these kinds of comments will not be tolerated in the NBA.  Silver held a press conference at 2pm ET to made the announcement on how this situation would be dealt with. Along with the life time ban from Basketball he will be forced to sell the team and will be fined $2.5 million. Silver made a bold statement and one that will go down in NBA History as one of the biggest statements ever made by the League’s Commissioner.