Walter Payton was one of the greatest running backs in the history of the National Football League.  He retired after the 1987 season with the Chicago Bears.  Payton finished his career with 110 rushing TD’s, 15 receiving TD’s and 16,726 rushing yards.  He was also on one of the best bears teams ever, the 1985 Chicago Bears.  The Bears won Super Bowl XX and cemented Payton’s place in the Hall Of Fame as a Super Bowl winner.  There however is one thing missing from his career.  Payton never scored during the only Super Bowl appearance and you might be suprised to find out it was no fault of his own.

When the season began Head Coach Mike Ditka was very high on his 1st draft pick William “the refrigerator” Perry.  Perry came into camp very unimpressive and was overweight at 380lbs.  The Defensive coach Buddy Ryan was not impressed by Perry and did not want to play him.  During the early part of the season Ditka got the idea to use Perry in offensive plays to block for Walter Payton.  Perry sometimes even rushed with the ball himself.  He was later put into the defense and played well.  During the season Perry became an offensive gimmick.  He was the funny fat guy that the fans cheered for.  Perry almost overshadowed the rest of the team in popularity.

The Bears made it through the season with a 15-1 record.  They plowed through the divisional and championship games to make it to Super Bowl XX in New Orleans.  Their challengers were the Cinderella team of that season,  the New England Patriots.  Nobody expected the Pats to make it as far as they did.  They were the underdogs going into the title game.  The Bears dominated the Pats on the defensive side of the ball.  The Offense of the Bears was stifled a bit, although the score tells a different story.  The Patriots based their defense around stopping Walter Payton.  They did just that, Payton was held to 66 yards on 22 carries.  Even with the lack of success Payton was still the Bears leading rusher in the game.

Mike Ditka made two decisions during that game that haunt him to this day.  On the two opportunities where the Bears were close to the goal line and a rush for the touchdown seemed the best choice, Ditka chose William Perry and Quarterback Jim McMahon to make those TD’s.  The most disappointing TD for Walter Payton was the Perry rush for the TD.  Perry had been primarily a defensive player and a gimmicky running back.  For Payton not to be allowed to gain the glory of scoring a TD in the biggest game of his career is a complete disgrace. 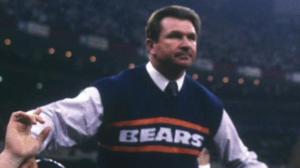 Walter Payton was always a stand up man and until the day he died he never openly questioned Mike Ditka for not letting him run in a TD in the Super Bowl.  Ditka has come out in recent years an said if he could do it all over again he would have opted for Payton to get the Super Bowl glory.  While Ditka can own up to his mistakes he will never be able to give those moments to the great Walter Payton.

Week 2 of the College Football is over just in time for the first Sunday of NFL action.  There were some great games and performances on Saturday.  Let’s take our weekly look at 2centsworthofsports.com’s top 3 stories of NCAA action.

2 Major Teams Debut And Lose In the SEC

Texas A&M and Missouri made their SEC debuts on Saturday.  Much was said and predicted about their debuts in one of College Football’s best conference.  Both teams played two of the toughest teams in the SEC, the Florida Gators and Georgia Bulldogs respectively.  A&M hosted the number 24th ranked Florida Gators at home and played the Gators in a nail biter.  The game was close the entire time and came down to a winning TD for Florida to take the game.  The final score was 20-17 for UF over Texas A&M.  In Missouri there was another great game that was really close until the 4th quarter where the number 7th ranked Bulldogs pulled away from Missouri, scoring 17 points in the last quarter.  The final score was 41-20 in favor of UGA.  It was a rough day for both debuting teams, they did however show they belong in the powerhouse conference.

The 2nd ranked team in the country the USC Trojans came into New York to play Syracuse.  The game was not as easy of a win that many expected for the Trojans, winning 49-29 on the road and advancing their record to 2-0.  Matt Barkley’s performance is the biggest story of this game.  Barkley was 23 for 30 passing with 187 yards and 6 touchdowns.  Barkley only threw 1 interception the entire game.  Barkley has really developed into the player he was expected to be coming out of high school just a couple of years ago.  This was a great statement making performance for the USC quarterback.

In what was the biggest upset of a ranked team this Saturday,  Oregon State defeated Wisconsin.  This game was a low scoring affair with the final score of 10-7 in favor of the Beavers.  The star of the game for the Beavers was their QB Sean Mannion who had 276 yards passing and 1 touchdown pass.  The Wisconsin Badgers really under played themselves in this road game.  The Badgers will have to make some adjustments going ahead into the season if they want to remain in the top 25 rankings.  The Beavers could likely end up in the top 25 with this win.

College football is back! No longer do we have to wait for the moments and feel of one of the greatest sports seasons around. From now until the Winter we will be able to see the triumphs and heartbreaks that are what college football is all about.  We will also get a peek at the future of professional football.   Week 1 of college football is in the books, so let’s take a look at some of the major stories from the opening weekend.

BAMA Blows Out Michigan, Sights Set On A Repeat Championship

The most anticipated match up of week 1 was with out a doubt the defending Champions Alabama versus Michigan.  Alabama came into this game ranked number 2 while Michigan was ranked number 8.  The Tide pounded the Wolverines 41-14.  Michigan’s Denard Robinson was expected to make a big impact in this game but came up short.  Robinson had only 200 yards passing and was 11-26 in passing.  Robinson’s only bright moment came when he threw a 71 yard pass before halftime that led to a 6-yard touchdown run for the QB.  Bama’s defense was just too much for Michigan.  The Tide will roll into the rest of the season hunting their next title.  After Saturday night anyone who thinks they are not likely to repeat is just fooling themselves.

Penn State played Ohio on Saturday in a game that any other year would have been a blowout win for The Nittany Lions.  This year was much different,  Ohio won by a score of 24-14.  This Penn State team is one that is trying to start its recovery from the penalties laid down by the NCAA in the wake of the Sandusky child sexual abuse scandal.  The team has been deprived of many talented players that were allowed to leave and play for other schools just weeks before the start of the season.  Penn State did have an 11 point lead going into half time, but never scored another point for the remainder of the game.  The home crowd was behind the Nittany Lions but it just wasn’t enough.  This game could be a glimpse of how disappointing the 2012 season will be for the once mighty Penn State Football team.

West Virginia’s Geno Smith Shows He Is A Heisman Candidate

The West Virginia Mountaineers destroyed in state rival Marshall 69-34 on Saturday.  The Mountaineers QB Geno Smith can take a lot of the credit for the win.  Smith threw for 323 yards and had 4 touchdowns.  The defense of Marshall could not contain the talent and aggressiveness of the Mountaineers.  West Virginia had 655 yards on the offensive side, more than any other game last season. Ranked number 11 going into week one, the Mountaineers are going to move up as the weeks go on.  They are a solid team with a great QB.  Smith made himself the standout Heisman candidate this weekend and if he keeps up the incredible play will be in New York for the Ceremony in December.